If Maribel was going to strike, then he wanted to see it coming. Okay, maybe not, but not knowing when the next attack would come was driving him crazy. He had practically packed his whole apartment last night. Now all he had to do was inconspicuously pack his bookstore and get out of town before sundown.

There was no way he was sticking around to find out how accurate her aim was when it came to his bits and pieces. He prayed his plan worked. His balls clenched once again. Picking up the pace, Murphy hurried to get to his bookstore and begin his packing. He brushed the wayward locks from his face, feeling his face flush from the exertion of speed walking.

His wrist had turned an ugly shade of greenish purple, and he feared she had done more damage than originally suspected. Crazy bitch. Scrambling in his pocket for his keys, he nearly jumped out of his skin when someone shouted his name.

He turned to see the most amazing face staring at him from a few doors down. Black shoulder-length hair, dark eyes, and a body to give sin a bad name. Did Maribel send a henchman? Murphy fumbled to get the stupid key to go into the lock. He shot a look over his shoulder to see the man quickly eating up the distance between them. Oh god, he was dead for sure. Finally getting the tumblers to turn, he glanced one more time before pushing the door open and slamming it shut, he engaged the lock and ran to his office.

Murphy bit his nails as he heard banging at the front door. The knock sounded angry. Oh god, oh god, what was he going to do? He felt trapped as his heart felt like it was going to explode out of his chest. Yeah, up close and personal, he bet. There was no way he was allowing that gorgeous man in. Even if he was hot, no way, no how. There was no way that hot-ass man out there wanted to talk about dollies and tea cups. No, he wanted to talk about immense pain from the looks of him. What to do, what to do?

Okay, he would talk with the man through the door, and if he seemed a threat, then Murphy would…do what? Throw a book at him? Slap him over the head with the latest magazines that had come in? Or better yet, give him a paper cut from the new calendars? Keep the musclehead calm. He prayed they had cable television in the hospital room he was about to check in to.

He needed to be near him, see him up close. Hell, who was he kidding, he needed to claim him and carry him home to fuck him into the next century. Ludo saw a head of beautiful brown curls peek around the corner, and big amber eyes wide with fear. Just exactly what was going on? His heart stuttered then began to beat again at a faster rate when a tall and totally breathtaking man came from around the counter and inched his way to the door at a very slow pace.

What was it with people and turtle-walking lately? His cock filled in less than two seconds, his canines dropped a fraction of an inch, and the need to howl was riding him strong. His leg almost tapped a thousand times a minute as his mate slowly made his way to the door. Murphy was sinfully edible.

Ludo pushed it open, taking in the intoxicating aroma of his mate. It was stronger and so much sweeter when coming directly from his mate. His hands were flighty, touching this and that, not settling on one thing. His moves were nervous in nature. Did Murphy feel the pull? Was that why he was so nervous? Ludo would make sure Murphy was comfortable with him before he claimed him. Now that he had his mate close, he felt a calmness settle inside of him. He reached in his pocket and pulled out his rubber band, securing his hair in place. What the hell was wrong with him?

Ludo shrugged his leather off, tossed it on the couch that sat opposite the counter, then turned back around.

Where the hell did Murphy go? Ludo leaned over the counter, spotting his mate crouched down behind it. Ludo walked around the counter, knelt down next to his mate, and reached a hand out. He gently pulled his mate until the man was in his arms. Oh god, this was what he had been waiting all night for. His cock jumped behind his jeans, straining at the zipper to be free and to play with this beautiful creature. Ludo closed his eyes, basking in the knowledge that he was holding his mate for the very first time.

Murphy leaned back, his amber eyes telling of the fear and apprehension that coiled his body tight. Shocked but pleased, a wide smile split across his face.

So do your worst. Ludo was stunned into silence for a second. Now could you stop stalling and get it over with? They had the nerve to cut the scene right there, can you believe that? I just know his dumbass is going to forgive her. Was his mate mentally disturbed? He would think someone who knew Murphy would have said something, a forewarning at least. 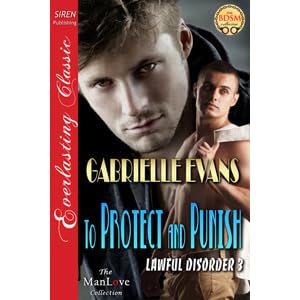 Try again, buddy. He rolled his shoulders back, took a deep breath, and then nodded. He had to be insane. Was his mate into pain like the mate at the Den, Blair? Dispensing or receiving. You really are sadistic, you know that? Bring it on. Was the guy off of his meds? A trip to the Medical Center to see the mate, Dr. Nicholas Sheehan, was in order.